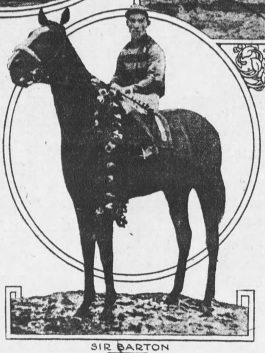 On this day in 1916, Lady Sterling gave birth to a golden chestnut colt with a wide blaze, a son of Star Shoot that destined to make history three years later. One hundred and four years later, let’s celebrate Sir Barton’s birthday with twenty-six fun facts about our first Triple Crown winner. 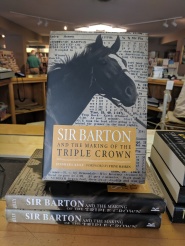 100 years ago, 1920 — The Maryland state legislature was considering the Burke Measure, also known the Burke-Janney law, creating the Maryland Racing Commission and putting racing in the state of Maryland under more state oversight. Once the bill passed, the state’s racetracks — Havre de Grace, Bowie, Pimlico, and Laurel — shared 100 racing days a year and were required to pay $6,000 a day in taxes to the state.

Read more about that in Sir Barton and the Making of the Triple Crown, chapter 11.

75 years ago, 1945 — Racetracks in the United States were dark on orders of the War Department. In England, however, Ascot was open, leaving American soldiers wondering why the Brits were able to race when racing here had been closed for the duration.

Read the article in the Louisville Courier-Journal, April 3, 1970.